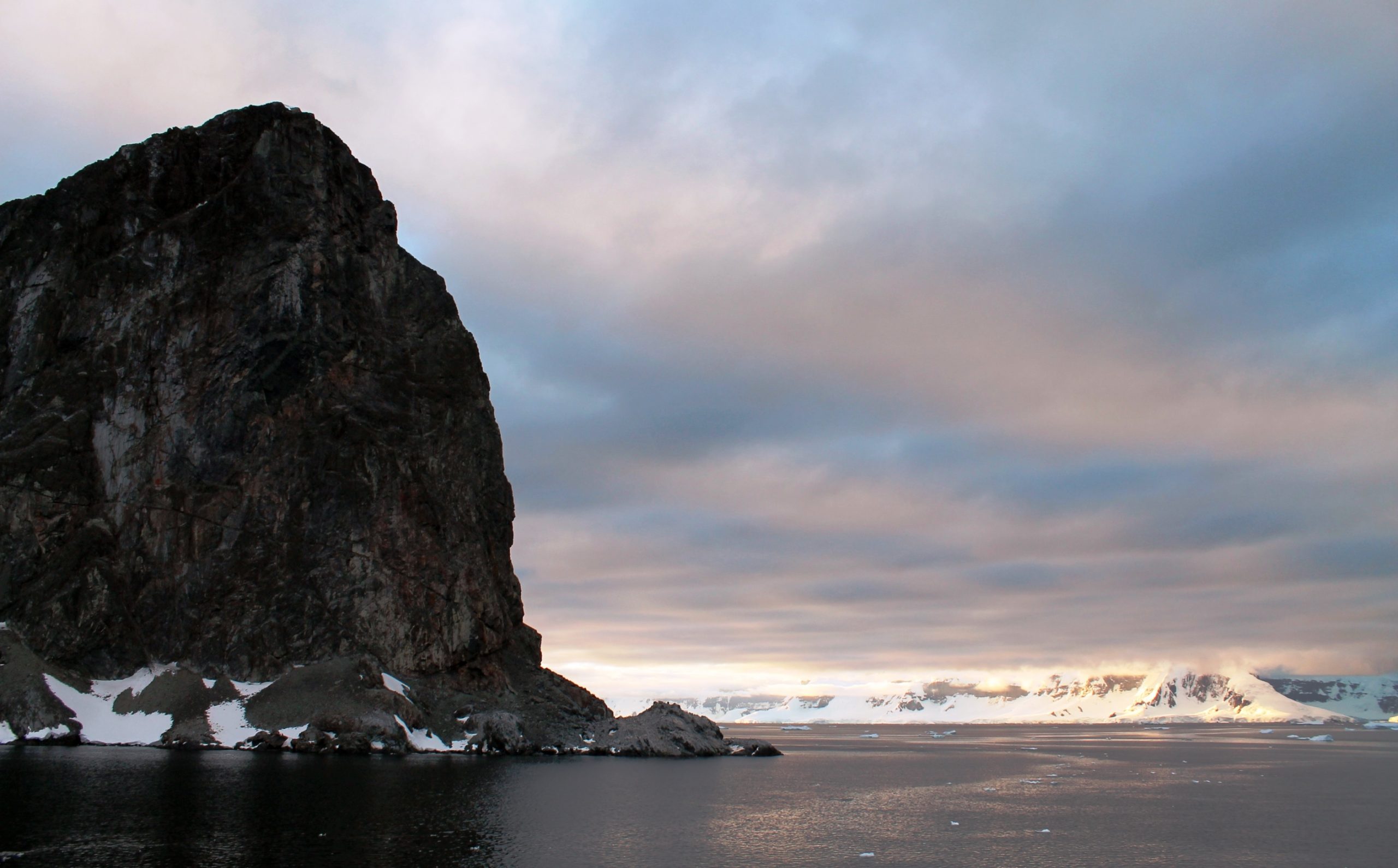 After returning to the ship from camping the first thing I did was have a hot shower and settled into my comfortable cabin bed. Breakfast was served from 7:30am but I had a little nap until 8:15am before having a nice hot meal.

Around 9am the ship arrived at Danco Island and we disembarked around 9:30am. We hiked about 180m in altitude to the top of the island to get a great view of the Errera Channel and see the Gentoo penguins nest right at the top.

The view of the Errera Channel on the other side of the island is amazing.

Even wearing boots it required a bit of effort to climb up and down the island face in the thick snow. However, we saw these Gentoo penguins go up and down with such ease on their little 3 inch legs.

The water has a glassy look from the top.

I then returned to the beach to catch a zodiac cruise in the surrounding waters.

It was an amazing zodiac cruise through ice alongside glaciers.

And amazing reflections in the clear, still water.

We  then headed back to the ship for lunch. I tried to get a little nap before and after lunch before the ship moved to Orne harbour for our next outing.

I then made my way onto shore for my 2nd continental landing on the Antarctic Peninsula where I saw chinstrap penguins.

There was a steep climb to the top of the mountain ridge where another penguin colony is situated and which affords you excellent views of the Gerlache Strait.

However, it was already the afternoon and the snow was melting a little.  I tried but found the snow too slippery to make it to the top – and I’m not experienced hiking in the snow so I did not hike too high.

I zodiac cruised in Orne Harbour for a bit. It was cool to see these penguins swimming and diving so near us.

We commented on how close the ship seemed to be beside a nearby glacier although it was anchored a few hundred meters away. Your eyes can sometimes play tricks on you in such remote places.

I returned to the ship for the Expedition Recap Briefing and to get ready for the BBQ dinner above deck (where we were also having a fancy hat party). While I was in my cabin I heard a bridge officer request the captain report to the bridge immediately before we heard a huge thud on the hull. It seemed like an iceberg hit the ship.

Shane the Expedition Leader was then seen out on a zodiac pushing a big piece of ice away from the ship before the ships thrusters came online to move the ship.

The BBQ dinner out on deck was fun. I went with a “King of Diamonds” hat that took me 5 miutes to make.

I got out onto open deck later that evening to observe the slow process of sunset in Antarctica.

Here is a video of the ship passing Spigot peak during sunset.

The atmosphere can be really peaceful on open deck when there is no wind.

I love the way the nearby mountain ranges are lit up in the evening sun.

I spent the night going through some of my photos and writing a little. I listened to the talk my Tom and Fabrice in the Club Room on their personal experiences as researchers living in remote environments. I headed for bed early as we would have an early start the next morning.

I traveled to Antarctica on the Ocean Diamond with Quark Expeditions from 29 December 2013 – 7 January 2014 and booked my trip with Sarah at Freestyle Adventure Travel – whom I highly recommend!