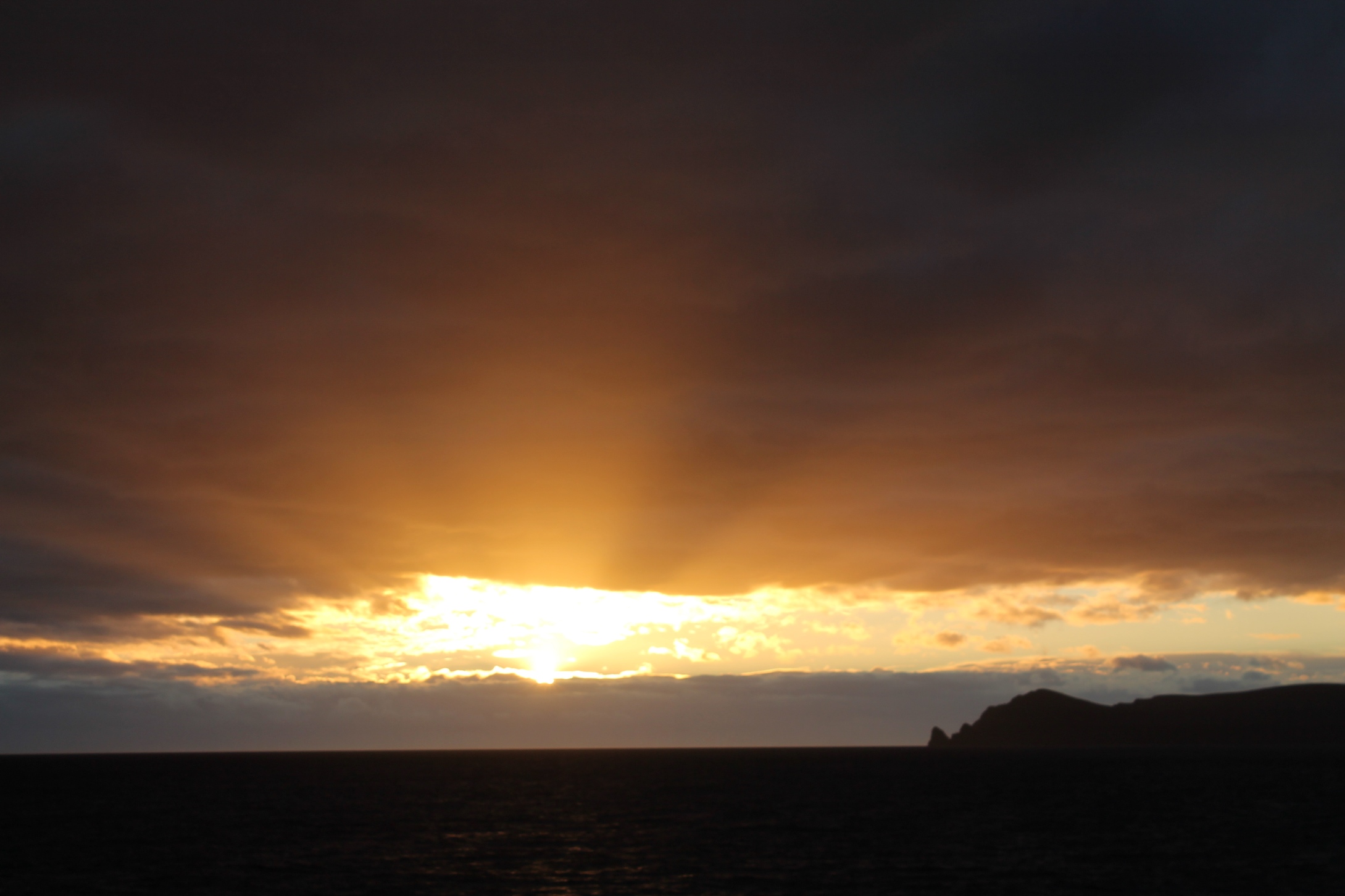 You know that you are in the Drake Passage when you get up and see throw up bags placed all around the ship. Breakfast was half full as I guess some passengers were feeling it. It was a slow day on board where we finally got to relax a little after 4 action-packed days off the ship in Antarctica. But no, this would not be a day worth spending fast asleep in your room. The expedition crew still had multiple lectures planned for those interested and there was still an opportunity to spot wildlife in the Drake Passage. Carol the historian gave an awesome talk titled “Race to the South Pole –Edmunsden and Scott”. Fabrice delivered a lecture on penguins, and Wolfgang gave a unique geological walking tour of the Ocean Diamond.

After lunch Tom Hart a penguinologist and Oxford University researcher in residence on board the Ocean Diamond gave us insight on Penguin Lifeline’s ground breaking research on monitoring and tracking penguins in Antarctica via multiple types of sensor networks. Really ground breaking stuff.

After that session there was an entertaining charity auction held on board where the recipient of all funds collected would be Penguin Lifelines. People could bid on making the wake-up call, taking control of the navigation of the Ocean Diamond for 15 minutes, take home a bottle of Paradise Harbour glacial water, adopting a Penguin Lifeline’s colony (on Port Lockroy) and other fascinating items. I took a walk onto open deck after sunset to take in the view.

Our final full day aboard the Ocean Diamond. I awoke to a 2 minute long wakeup call by the young lady who won the rights to this morning’s wakeup call at the previous days auction. She played some music track that sounded like some country’s national anthem. I went late for breakfast. Left my contact details with an expedition member collecting the details of passengers who would like to have their details shared with other passengers.

Shanti the marine biologist gave a fascinating talk on Krill, the life blood of Antarctica which I have documented in this article.

We had to return our loaned boots today. The call was made while I was taking a nap before lunch so luckily my roommate took my boots for me. We heard that the guy who won the rights to navigate the ship for 15 minutes turned the ship to 180 degrees with the captain’s permission – for a short while we were actually heading back to Antarctica! That afternoon a call was made for interested passengers to come to the bridge to spot some interesting birds of the Drake Passage flying in the wind tunnel that the ship creates.

We had our final Expedition Recap that night with the expedition staff and crew. We retraced the highlights of each day of the cruise, saw the passenger slideshow that Simon (the on board photo guide) prepared (view it in this post), saw Simon’s shots of everyone taking the Polar Plunge, the winners of a photo competition held on board (best people, best landscape and best wildlife photo), and the winner of the best hat at the BBQ in Orne Harbour. All the expedition members made their way to the front of the room to a final round of applause from all the passengers.

I had dinner with my new friends in the Dining Room that night. The restaurant staff gave a little performance that night before bringing out the dessert. We had yet another beautiful view of sunset.

It was quite windy but I still took some pictures of the beautiful sunset.

Around 9pm we could see the Beagle Channel ahead of us.

Smooth seas once again and dark skies. This wasn’t Antarctica anymore and the sky actually becomes black(ish) at night.

I packed my bags early that night. There was a little party that night but I missed most of it as I was completing my expedition survey (I gave them great ratings) and filling out the form to give tips to the expedition staff and crew. I probably slept at 1:30am.

We docked in Ushuaia around 6am and I was up a little after 6:15am to leave my bags outside the room for collection. I ate breakfast at 7:30am. Passengers who were flying out early from Ushuaia that morning were the first allowed of the ship just before 8am. By 9am all passengers were off the ship.

We said our final goodbyes and I was off with a few guests to spend a little more time with them in Ushuaia before they had to fly home, and I remain for one night in this town (see my post on Ushuaia for further details of this day).

I travelled to Antarctica on the Ocean Diamond with Quark Expeditions from 29 December 2013 – 7 January 2014 and booked my trip with Sarah at Freestyle Adventure Travel – whom I highly recommend!