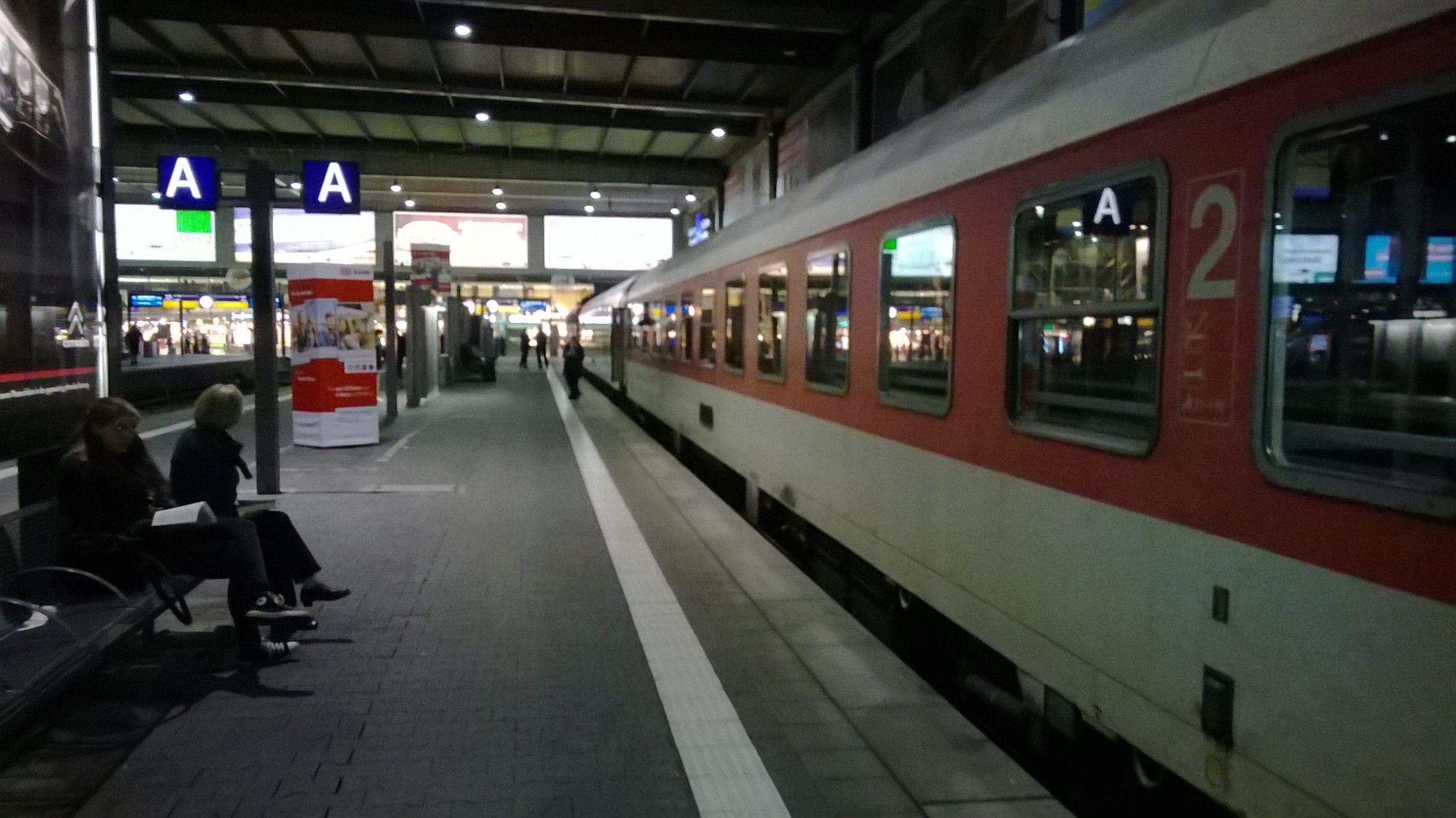 To cross into Italy from Germany I decided to try out a night sleeper train, the City Night Line which I booked through Germany’s Bahn.de site.

There are 3 classes of travel on the City Night Line:

I tried to book a bed on the sleeping car 6 weeks in advance but they were fully booked. I was fortunate to get a berth in the couchette car for 48 euros, for the 9 hour overnight journey.

It was a good thing that I got on board the train a few minutes before departure (at 21:08) in Munich as there was a little issue with the 6 sleeper compartment that I had reserved a berth in. A family of 5 had booked the entire compartment but the ticketing system still assigned me a berth in that compartment. I spoke with one of the train conductors and was assigned to another compartment on another carriage.

Before we departed the conductor gave me a short emergency procedure briefing, advised me to keep my valuables safe, told me that I will be awoken 30 minutes before the train reaches my stop and that I can request from one of the conductors drinks or snacks from the restaurant carriage at any time of the night.

It was empty when we departed Munich but later in the night the train stopped at another German town at 2305 to pick up additional passengers and another guy took another berth in the compartment I was in. I was half awake when he entered and fast asleep when he got off at another stop before Florence (probably Milan or Bologna).

The couchette was comfortable to sleep on but I awoke many times during the night as a moving train is not quiet. It tends to screech against the tracks intermittently throughout the night.

I awoke and brushed my teeth at 05:20am, a few minutes before the conductor came to wake me up. She asked if I’d like anything from the restaurant and I requested a cup of mint tea (for 3 or 3.5 euros). The train pulled into Firenze (Florence) Santa Maria Novella (S.M.N.) train station a few minutes earlier at 6am. A few of the train staff also got off the train for a quick smoke before the train resumed its journey to Rome.

An overnight sleeper train can save you time and a night on accommodation on a trip but I wouldn’t do it again if the arrival time is too early at the destination and my accommodation does not permit early check-ins. The hostel I booked into in Florence only permits check-ins at 14:30. For 8.5 hours I’d have to roam through the city before I can get additional rest after a night of non-optimal sleep.