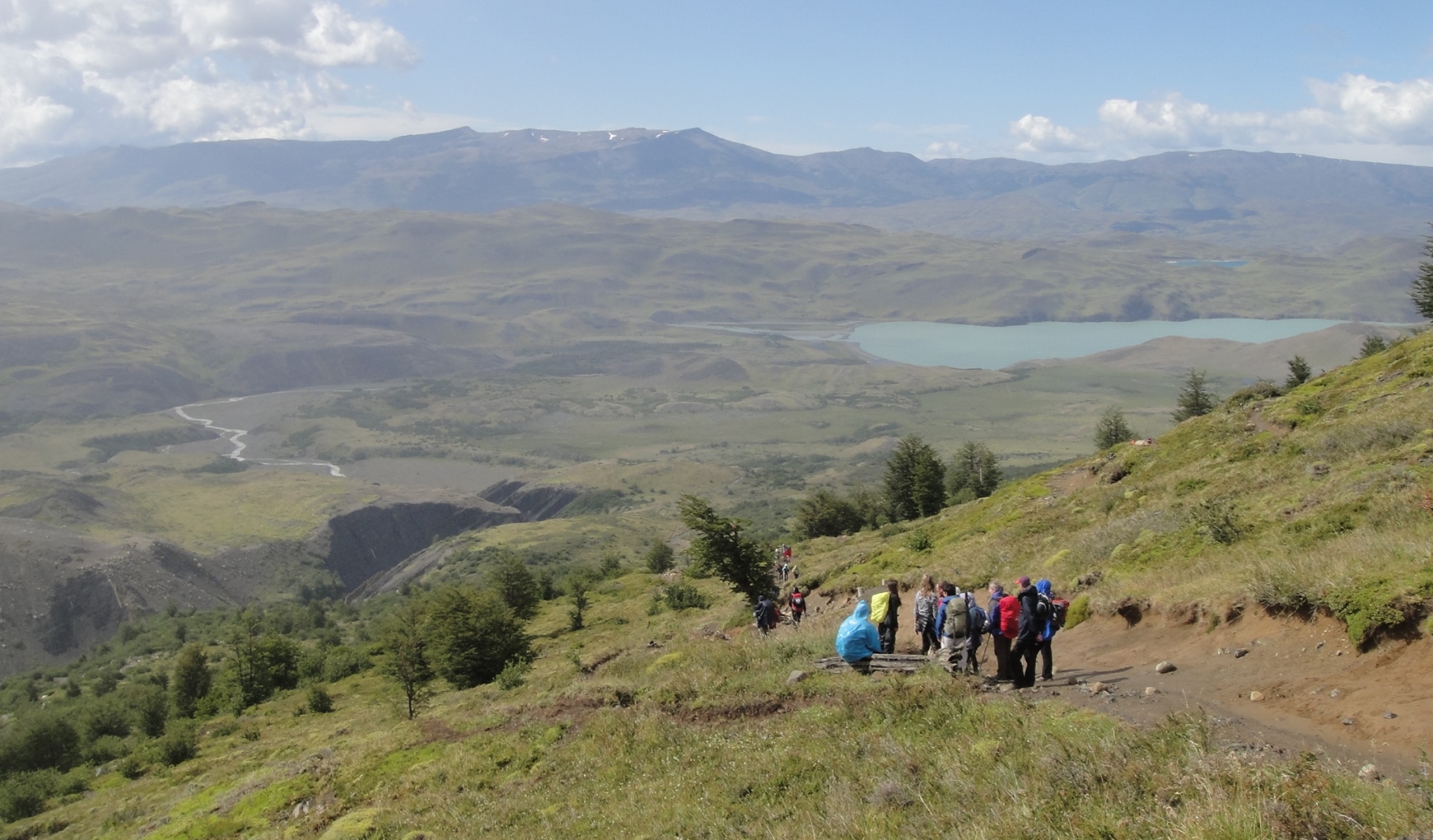 Today although I woke up early, I decided to start off late as I only had a 2 hour hike back down to Refugio Torres Central.

As I left Refugio Chileno I saw those people who camped outsides packing up.

At first I had to hike through the windy pass at the top.

It is quite a steep fall to the bottom so you have to pay proper attention.

The hike down is steep and slightly challenging on your knees.  At one point you pass the shortcut to Refugio Los Cuernos (if you are doing the W-Trek) but I was heading to Refugio Torres Central as there was no accommodation available in Los Cuernos.

Looking back from the bottom I realised how much I had to hike down.

After settling in I ordered some cold beverages from the restaurant and placed an order for dinner. While waiting in a lounging area I met a friendly New Yorker of Korean descent. She used to work in PR at a pharmaceutical firm but quit her job in September 2013 and is still trying to decide what to do next. I told her I also quit my job in September 2013. She will be heading to El Calafate after visiting the park to meet her husband to continue their journey. For now, she is just enjoying the hiking in Torres Del Paine.

There were some interesting posters at the Refugio. One provided details on the history of the park. There was also a world map where you could pin your home location on. A few South Africans had been there including a couple from Greytown, KZN. I was assigned an interesting table at the 0830pm seating for dinner that night. I sat with a lady from Switzerland and a retired couple from California. The couple used to work in Silicon Valley (wife was a consultant for HP and the husband was a consultant for other firms and a sailing instructor in San Francisco Bay). They sold their car, rented out their home for 2 years and decided to spend that time travelling South America, mostly by rental car. They are 3 months into their journey and having the time of their life. The Swiss lady was taking a break from her job in Buenos Aires.

For the vegetarian option I was served Cauliflower soup, Spaghetti with beetroot, lettuce, and corn filled pepper, and malva pudding for dessert. That evening we saw a beautiful rainbow in the park.

I turned in early that night as the next day would be a long day.

Click here to read more about Day 1  or Day 3 of my trip.